Allow us to fight for you
Reach out today! 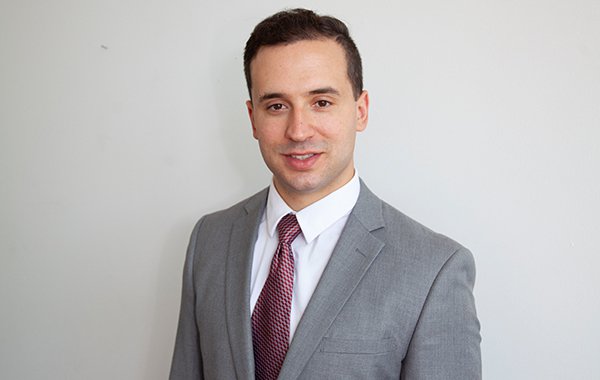 I started as a law clerk at the Law Offices of Warner Mendenhall in 2016. Prior to working for Warner, I worked for the Shaker Heights Municipal Court, the City of Westlake Law Department, the Office of the United States Trustee, and for a small firm in Cleveland. I was officially hired as an associate with the Law Offices of Warner Mendenhall upon my official admission to the Ohio Bar in November 2017. Since then, I have handled a multitude of different cases in eminent domain, municipal law, criminal defense, bankruptcy, qui tam, foreclosure defense, and other general civil matters as both plaintiff’s counsel and defense counsel. Warner’s diverse practice has offered me a unique opportunity to gain experience in several different areas of law.

As of June 2020, I was admitted to practice law in the State of Massachusetts.

When I am away from the office, you can probably find me enjoying the outdoors. I love running, biking, hiking, camping, and snowboarding in the winter. I pride myself on maintaining an active and healthy lifestyle.

My diverse experience has led to a versatility in practice that I did not think possible in the amount of time I have been an officially licensed lawyer. I have handled everything from litigating multi-million dollar whistleblower lawsuits to fighting traffic tickets. I have argued numerous appeals, tried several jury trials both civil and criminal, filed numerous consumer bankruptcies and have helped many people stay in their homes. Of course, being a part of the Law Offices of Warner Mendenhall has also brought me several opportunities to take on state and local government in several different arenas.

Our firm is also focused on qui tam or whistleblower lawsuits under the False Claim Act. When a business is claiming money from the federal government that it knows it is not entitled to, an insider with knowledge of the false claims can bring a lawsuit on behalf of the United States Government against the entity, and can share in the recovery. This highly sophisticated area of law is not widely practiced in Ohio, and my firm and I are the ones Ohio whistleblowers turn to when they suspect something is awry. False Claims Act cases are often brought over falsely claimed Medicare / Medicaid reimbursements, but we have litigated qui tam cases in several other areas, including for-profit education, military contracting, and housing discrimination.

Why Work with Me?

My focus is exclusively on my client. I understand the issues and stresses that accompany getting wrapped up in the legal process or having to use the legal process to fight for justice. My only goal is to put you in the situation that you envision for yourself at the end of it all. No matter the opponent or the stakes, I will be there for you.

Tell us about your situation and request a free consultation